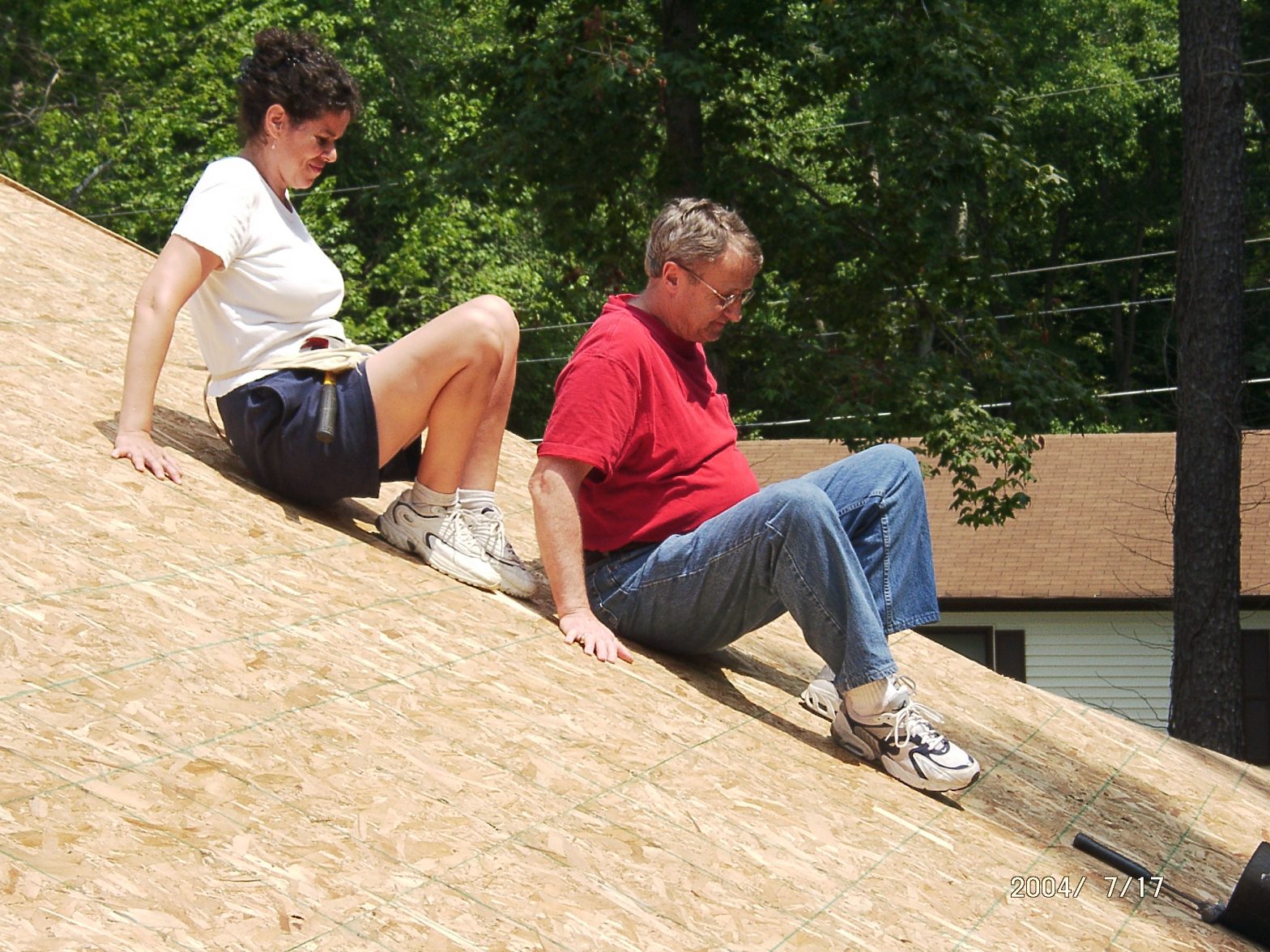 Seventeen years after buying a home from Habitat for Humanity Peninsula and Greater Williamsburg, Judy refers to it as “an ongoing blessing.”

Judy, her husband, Jack and their children, ages 3 and 1 at the time, lived in cramped quarters all those years ago, making do in a mobile home that was a bedroom and a half. Jack was a student at Christopher Newport University and working full time as a school bus driver. Judy stayed home with the kids.

When they learned the local Habitat affiliate was accepting applications for its Homebuyer Program, they didn’t see themselves qualifying.

“We waited until the very last day to put in the application and then we ran it down to their office,” Judy says.

It can’t hurt, they thought.

They met the residency and income requirements and maintained excellent credit. Still, Judy didn’t expect to get a phone call so fast from Habitat founder Lorraine Austin telling her the family was approved. Judy struggled to find the right words, but “Wow!” popped out.

“It was pretty amazing how quick the process was,” she says.

She and Jack completed their sweat equity — volunteer hours required as part of the Homebuyer Program — at the Newport News ReStore and onsite as part of the construction team at their future York County home.

“We have pictures of me on the roof, nailing down the tar paper,” she says.

The family was overwhelmed when they moved into their three-bedroom, two-bathroom house. They had more space than they knew what to do with at first along with a sizable kitchen and a backyard.

More importantly, “We had that feeling of security,” Judy says. “This was our house.”

The affordable mortgage payments meant Judy could continue staying home while her children were young. As they grew, she picked up jobs and today is a substitute aide. Jack is a kindergarten teacher in York County.

Their sons, John, 18, and Devan, 20, are students at Thomas Nelson Community College. She credits the house with giving her boys a sense of responsibility and independence. Judy watched their bedroom décor change as their tastes evolved from toddler to teenager, and the backyard has been through several stages, too. A rope swing, sandbox and tree forts are no longer there, but Jack, Devan and John have stacked their hammocks one on top of the other on a favored tree. The whole family enjoys the picnic table and recently added fire pit.

Kids bikes have been replaced by adult ones. The family frequently rides the Colonial Williamsburg tourist roads or in their quiet neighborhood, which includes three other Habitat houses — neighbors who became friends.

Judy’s planted flowers, and the family replaced some of the flooring inside over the holidays. They’ve expanded the driveway, too.

“We have four drivers these days,” Judy says.

Applying to be a Habitat homeowner and being accepted changed their life, Judy says. She’s not sure when, if ever, they would have been able to afford a home otherwise.  “I had been fiercely independent over the years, and having people step in and help us buy a home was overwhelming and humbling, so, for me, personal growth has been a result of this home,” she says. “It’s been a blessing that keeps giving.”

FOLLOW US
"Habitat truly changed my overall outlook on life

"I was happy to get my kids to a safe environment.

WALK THIS WAY and right into the first 3D printed

"WALK THIS WAY and right onto beautiful new floors