“Habitat gave me a start to be successful, and I took it and just ran. I’ve been running ever since.” 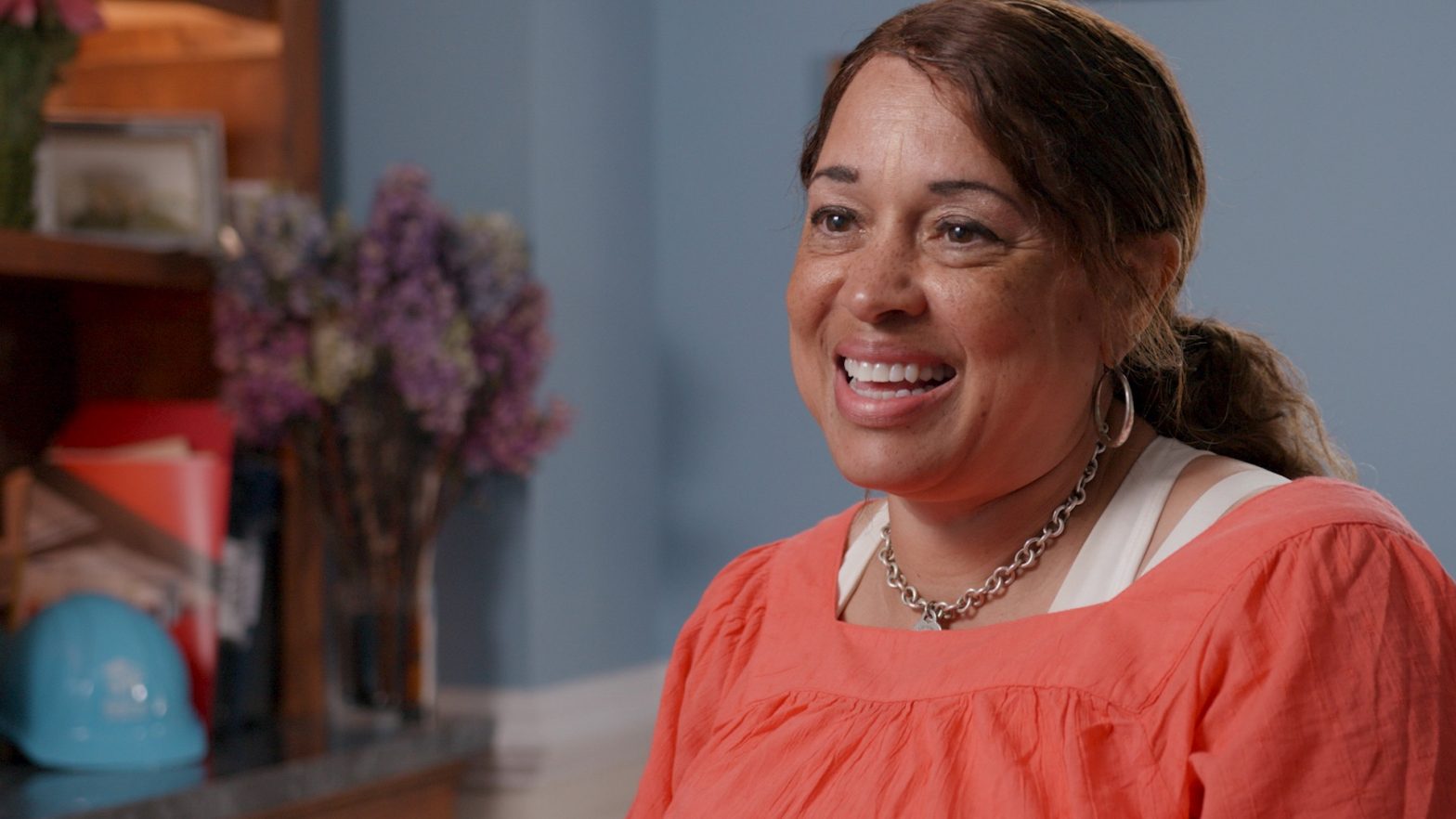 Cynthia Hall bought the fifth house built by Habitat for Humanity Peninsula and Greater Williamsburg. Today she’s on the nonprofit’s Board of Directors.

The world opened up to Cynthia Hall the day Habitat for Humanity approved her application to be a homebuyer.

At the age of 23, she and her 5-year-old son, Aaron, moved into a three-bedroom house on 22nd Street in Newport News. The year was 1988, and hers was the fifth house built by Habitat for Humanity Peninsula and Greater Williamsburg.

Three decades later, Hall still owns the home but doesn’t live there anymore. She wouldn’t part with it “for a million dollars,” in her words. Owning that home changed every facet of her life for the better.

“It was a steppingstone for me,” she says. “It inspired me in a sense that I felt like I could win. I felt like Habitat gave me a start to be successful, and I took it and just ran. I’ve been running ever since.”

Hall lived in substandard housing prior to being selected for Habitat for Humanity’s Homebuyer Program. She had a job at a department store and had good credit but could not handle paying off a traditional mortgage.

Habitat received 107 applications for four homes back then. When Hall was told she was on the list to be interviewed, “I felt blessed,” she says. “I almost felt like I had won the lottery.”

Hall dressed Aaron in a bow tie for the visit and reminded him to be on his best behavior. Lorraine Austin, founder of the Peninsula and Greater Williamsburg Habitat affiliate, met with the family and called a week later with the good news.

“My entire life changed the day I got that call,” Hall says.

Habitat homebuyers must put in at least 300 hours of “sweat equity,” volunteer labor building either their home or another family’s home or working in a Habitat ReStore. Hall called every friend she knew to help out but logged more than enough hours herself.

“As soon as I got off work, I was tag teaming what they were finishing,” she says. “Every weekend, I was there.”

Hall helped frame her house and added the drywall. She applied mud by taping it to the seams and learned how to sand so the surface would be smooth for painting. Austin’s husband, Ed, taught her how to lay foundation cinderblocks, and Hall got so consumed by the task, she laid one row too many.

“I put the siding on my house,” Hall says. “I did it all. That experience gave me so much confidence. I’m not afraid to do anything. I can even use a miter saw. I can hang a ceiling fan. I change electrical sockets.”

Habitat leadership and volunteers attended the dedication ceremony along with her aunt who blessed the house. “It was surreal that it was finally my home,” Hall says. “I could pay my mortgage and still have money left over in my checking account.”

Aaron’s face lit up when he walked into his own room — a space for his Teenage Mutant Ninja Turtle collection. The backyard offered plenty of room to play. Hall added a set of bunk beds to encourage sleepovers.

“It was ours,” Hall says. “You take so much pride because you’ve poured your heart and soul into your house’s existence.”

The family lived there until shortly after Hall remarried. They relocated to York County to support Aaron, who needed specialized schooling that wasn’t offered in Newport News. Working in upper management for Walmart by then, Hall paid off the house. Selling it never entered into her thinking.

A friend struggling with domestic issues rented the home for several years. Hall later repurposed the house to help with a mission that has since become her calling — helping displaced veterans find sustainability by giving them a place to call their own.

“The entire house is being rented to a military-connected family in need,” Hall says.

In 2017, Hall founded Home At Last Living (the initials to her name) that works with the Veterans Administration and other service organizations to provide affordable housing to displaced veterans. She also recently started her own nonprofit, Bridging Gaps for Heroes, which offers wraparound support services to veterans.

“The majority of my family was military,” she says. “Everywhere I turn I see a veteran in need. I might not get everybody to home ownership, but I can help them get back on course to some type of sustainability.”

Hall accepted Habitat’s invitation to join its Board of Directors in June 2020. She is on the selection committee that determines which individuals and families qualify to buy a Habitat house of their own.

“I’ll stay on the Board as long as they’ll have me, in honor of Lorraine and Ed Austin,” Hall says. “It’s probably the best decision I ever made. If I can help change the lives of anyone the way my life was changed, this is where I’m supposed to be.”