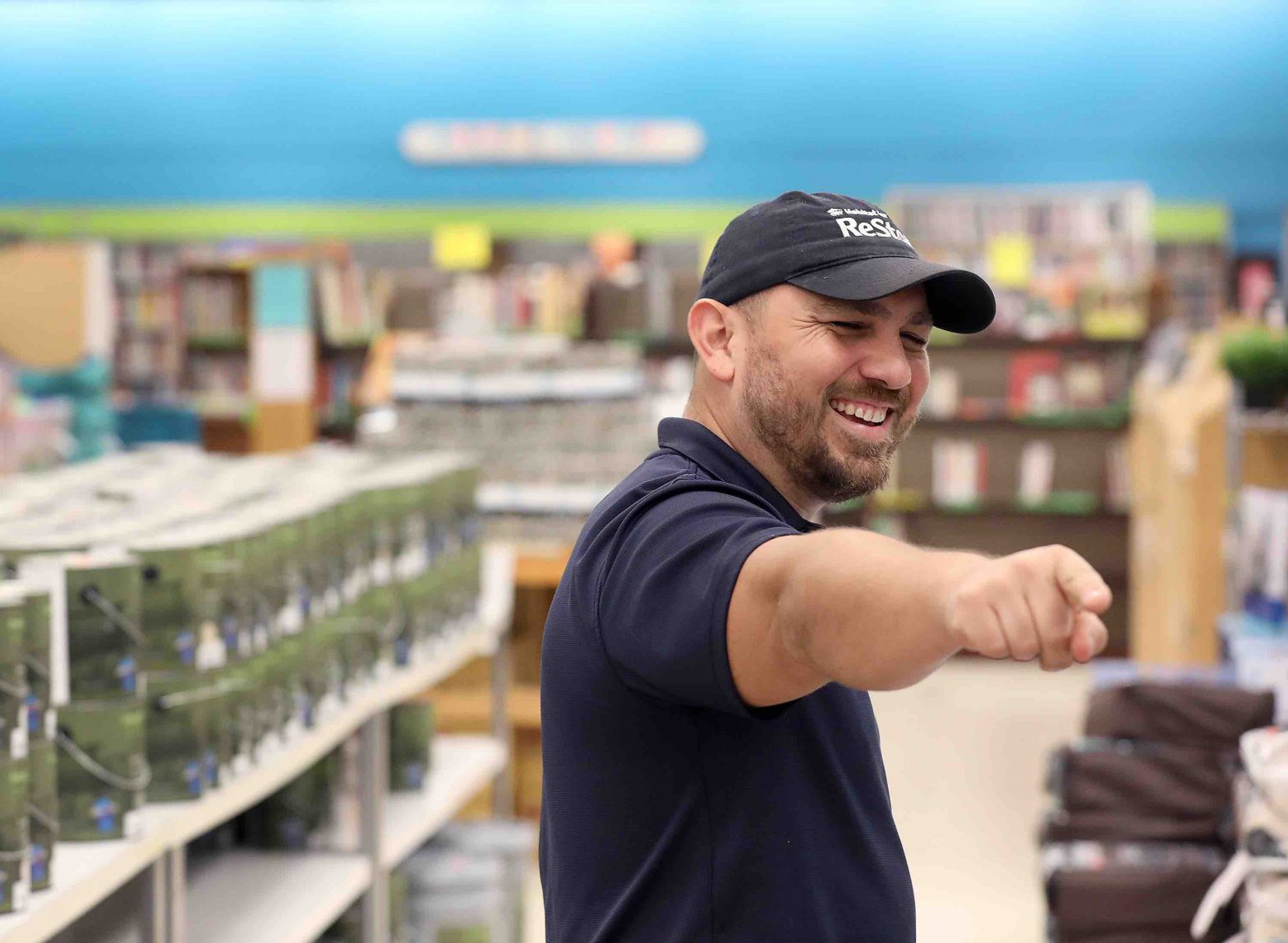 Jonathan Martinez believed in giving people second chances long before he needed one himself. More than anything else, that’s what he loves the most about being the Manager of the Habitat for Humanity ReStore in Williamsburg.

Proceeds from sales of brand new and secondhand furniture, and other gently used items benefit Habitat for Humanity Peninsula and Greater Williamsburg. The nonprofit’s mission centers on everyone having a secure place to live.

Growing up in a Michigan town that is less than a square mile, Martinez envisioned becoming a chef once he completed a high school vocational program. He hunted for culinary schools and randomly selected Johnson & Wales in Norfolk.

“There were five locations at the time and I just picked Norfolk,” he said. “I had never been there at the time.”

After graduating, he went to work in food service in Williamsburg, where he loved working with the fresh seafood but burned out due to an overload of hours. He floated through various restaurant gigs but grew exhausted by the lifestyle.

“My schedule was ridiculous — working Sundays and nights and holidays,” he said. “I’d get out of work at midnight and have nothing else to do so I’d go out with the boys.”

Falling into a risky lifestyle, Martinez wound up in legal trouble that led to some jail time.

It offered the time and the tools he needed to reflect.

“I knew something needed to change,” he said. “I went back to my spiritual roots and reading the Bible and more books on theology.”

He also started taking self-improvement classes and was lucky to enter a program toward those ends. The program had a long waitlist, but circumstances combined to allow him to enter soon after showing an interest.

“That was probably the best thing that ever happened to me,” he said. “It was a life-changing program that allowed me to examine myself.”

Martinez explored his own character flaws and irrational thoughts and how to overcome both. He worked with a counselor four times a week.

When Martinez finished this program, he was part of a United Way re-entry program that mandated he perform 20 hours of community service and find a part-time job. Through a friend, he contacted the ReStore and initially volunteered by handling donations, including unloading trucks.

After volunteering, Martinez earned a job at the ReStore.

Gradually, Martinez worked his way through the ranks, holding multiple positions as a processor and on the sales floor.

As the store manager in 2021, Martinez supervises a staff of 22.

The habits that got Martinez into trouble have long since been left behind.

He’s a voracious reader who devours three titles at a time, one of which is always a self-help book. Right now his reads include a book on how to improve your triathlon training along with another nonfiction on the soldiers in Afghanistan and a third title, the first in the Harry Potter series.

Martinez is a fitness buff who still cooks but does it mainly for charity events at his church or to help out at a local homeless shelter.

He remains energized to work at the ReStore. Being a player in the overall Habitat mission drives him to keep making a difference.

“Here at Habitat, we are all about giving people second chances,” he said. “We want people to succeed. We want to give second chances. That’s what was given to me. I love what Habitat is all about.”

If you see Martinez in the Habitat ReStore, be sure to say hello! We’d love to have you shop, donate or volunteer at the Williamsburg ReStore at 1303 Jamestown Road.