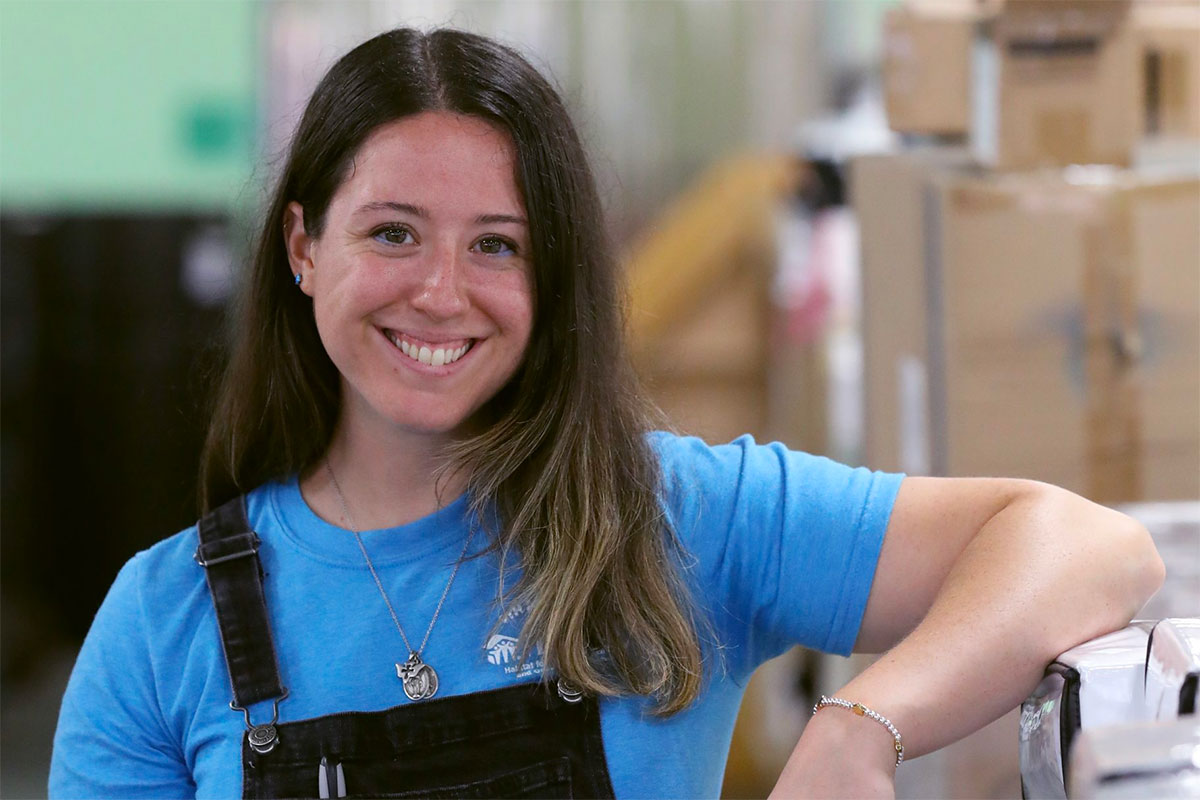 Erin Madden likes to know why.

That’s why she didn’t want just another job. She wanted her career to have a purpose that ideally revolved around making people’s lives better.

Madden found that as Manager of the Habitat for Humanity ReStore in Newport News.

“I’ve always been a person of purpose,” said Madden, a Bruton High School graduate who traveled Europe as a youngster after living in Germany where her father was stationed in the Air Force. “I’ve always liked to know why I’m doing something, and if I don’t have a why, I’m not inclined to do it.”

Her mom hunted bargains regularly when Madden was growing up and one day mentioned she was headed to the ReStore.

Her mother told her about the mission behind ReStore. Sales of donated items help local families to build, rehabilitate and repair housing in the community. That resonated with Madden. It seemed like the kind of place that she thought she would enjoy working.

Her first job there was as a cashier

“I really like people and interacting with them,” Madden said. “As a cashier, I would ask people about the items they were buying.”

The inventory then, as it does now, never fails to amaze her. There’s everything from an antique wardrobe “that looked like it was from ‘Beauty and the Beast,” she said, to construction materials and gently used appliances.

Since December 2018, Madden has been Manager of the Newport News ReStore, where she works alongside the volunteers that often include homebuyers awaiting completion of their Habitat house.

“Getting to hear bits of their stories and getting to know their children is really rewarding,” Madden said. “This role is so important because I know the good work I’m doing, the good work my staff is doing, is really providing a hand-up to families in need who are willing to pull themselves out of whatever situation they are in. Being able to be part of their journey is really special.”

Attending a recent Habitat dedication ceremony — a mother and her two children moving into their first home in Newport News — was especially meaningful.

“It reminded me what I do is so important,” she said.

Madden also holds a new perspective on volunteering. She marvels at the dedication of the volunteers and their flexibility to fill the various roles needed to keep business running smoothly.

“You can make friends and you can get a better idea about your community and its needs by volunteering,” she said. “You learn to appreciate people for the skills they have.”

Another perk of working at the ReStore is the bargains. Madden has been able to furnish her entire apartment — from sofa to coffee tables to piano to the books and the bookshelves — with ReStore finds.

“It’s hard for me to buy anything new,” she said. “Why would I do that when I can just wait for something cool to come in at the ReStore?”

ReStore staff and volunteers have a 24-hour waiting period before being able to purchase anything on the sales floor.

FOLLOW US
We TOPPED off the 3D printed house this morning! W

Thanks to the work of our team and volunteers, the

Want to know why working at the Habitat ReStore in

On this World Habitat Day 2021, we salute you, Joh

More than 30 years ago, the United Nations General